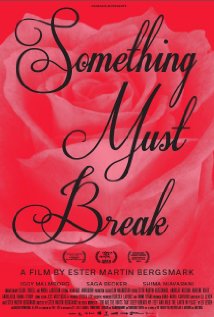 Remember when the Fed said that “the decline in the price of oil was a net benefit to the American economy”. Funny how the market now takes that to mean every further drop in oil leads to a drop in the US stock market. Oil is on the market’s mind today and so to is it on mine.

The IEA released its state of the oil market so to speak, and it wasn’t pretty. With Iran exporting an extra 300,000 bpd of oil, supply could exceed demand by 1.5m bpd for the first half of this year.

Despite this massive oil glut, the IEA  still forecasts a decline of just 600,000 bpd in non-OPEC output. I find that unlikely given the downward pressure that 1.5m bpd oversupply in the oil market combined with slowing demand, and excess capacity would have on the price of oil. The price would continue to fall with those fundamentals.

With oil in the 20’s there isn’t much oil on earth that is profitable let alone in the United States and if the fundamentals are really as bad as the IEA is forecasting, we could see oil with a 1 handle by the middle of the year.

So at what point, do banks decide to withdraw credit lines from some of these oil and gas companies? Because I think it’s a lot sooner than the IEA and the EIA are both predicting. In the US alone, there is over $300B in debt on the books of oil and gas companies with negative cash flow. 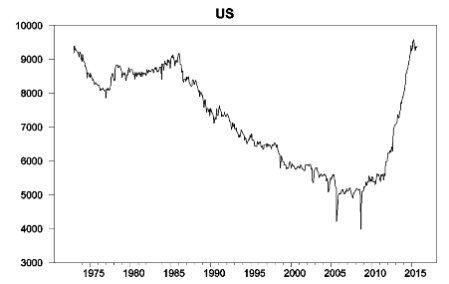 Over the course of 5 years, that impressive rise in the chart above, the US added 5 million bpd and acquired billions of debt as companies perfected the techniques and technology. Historically, the amount of production they brought online in such a short time is quite impressive, but the debt they acquired during that time period will crush them. Not all of them, but at least 30%. Which translates into a 1.5 million barrel production drop from US shale alone. Not including bankruptcies  shale companies are being pushed to their limits at these prices. With even lower oil prices, the better balance sheet companies may forgo extraction in the short term as they wait for a rebound in prices. And the decline in capex will soon start to hit their future production. Thus the IEA’s 600,000 bpd production drop is way too low for 2016. There’s just no way, the current supply and demand mechanics allow for oil to stay in the 20s and 30s for the next 6 months without a serious amount of bankruptcies in US shale. Something will snap. Whether we see a quick drop in oil that causes a massive shake out in oil or we are already in said shake out, there needs to be a massive cut in oil production not just from the US but the rest of the world as well.

The point is, I think that the production is starting to turn, not just in the US but the rest of the world. The longer this process takes, the worse the imbalances will be in the future. In essence, the fall in oil price is frontloading supply, which is the exact opposite of the Fed’s ZIR and QE policies, which frontloaded the very demand that this supply is so pathetically searching for. If we look ahead a couple of years from when this supply was taken, we should expect a rise in the price of oil. The US oil and gas companies that survive the bust years will use their improved techniques and technology to extract oil more efficiently at these higher prices. So it’s not all build. Every selling opportunity becomes a buying opportunity at some point. And US shale will have it’s day again. The longer this imbalance goes on, the better it’s day will be.