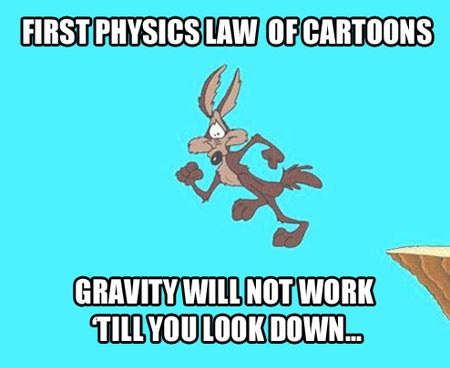 The record low volatility, which the most hated bull market in history road on the back of to record highs, is now over. We are left with low conviction passive investors in an increasingly more volatile liquidity draining environment. What I mean is that, the same people who didn’t believe in the bull market on the way up during INCREDIBLY PLEASANT CONDITIONS will not suddenly find their faith now that the markets are being ripped to pieces by global economic forces.

Now it’s time for gravity to do it’s job. It won’t be pleasant, but that’s the situation we made for ourselves. There will be a lot of panic and as such oversold conditions will now last much longer than they did in the up cycle.

The gold rally so far this year has been quite substantial. Further improved by the dollar’s drop over the past week. I believe a lot of this downward pressure on the dollar is due to the Yen and Euro carry trades. What is most interesting, is how quickly the Yen reversed course after the BoJ introduced negative rates.

I counter-intuitively predicted the Yen would actually rally as a result of this easing, in my article the very day the BoJ eased but the speed of this turn around has surprised even myself, which speaks volumes about how levered these carry traders are.

Now that the Yen is appreciating so rapidly, and given how limited the BoJ’s toolkit is, I find it very hard to believe that the Yen will depreciate in a meaningful way in the next few months. The stronger Yen should destroy Japan’s economy and send it into deflation. Only after the Yen kills the economy, do I expect it to reverse course and depreciate in the way Kyle Bass first imagined it would back in 2010.

Europe is in a very similar situation and now is reeling from the sudden realization that it never fixed it’s banks. Once again, I will remind you that both of these countries are involved in QE, and yet their currencies are rallying and their economies are dying. The ECB and the BoJ have reached their limits and now their economies will finally reap the whirlwind.

In case you hadn’t noticed, I am incredibly bearish on developed market equities. The banking sectors in some of these countries look particularly weak. I highly doubt that Europe’s banking problems will be contained just to Europe. Now that Japan has entered the negative interest twilight zone, their banking sector should also get walloped. Australia’s  and Canada’s banking sectors are on life support, barely being kept alive via Chinese hot money flows, but even that might be losing its effectiveness soon.

US banks will get sold off despite the US economy’s actual health and also make for a good short. From a relative stand point, I think Canadian banks offer the greatest downside.

I reiterate my love for long term US bonds. No way are we anywhere near the bottom in yields. I continue to think we will hit record lows on the 10 year bond later this year.

Gold is a strong buy, but I caution that gold’s current rally may not last. The dollar will turn much higher as the $9 trillion carry trade unwinds and that will have quite negative consequences for gold. I think it’s safe to say gold will be much higher over the next few years than it is today, so on a long term perspective gold is a great buy but in the short term, gold’s rally could prove temporary.

One thought on “The Market Discovers Gravity”