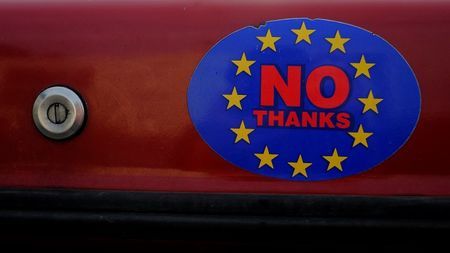 The term BREXIT is sort of an oxymoronic term for Britain’s (remain leaning) referendum to leave the EU. With polling favoring a slight lead for BREMAIN and the belief that people on the fence are less likely to vote for such a sharp change in their daily lives the odds of a BREXIT are not so high. Of course there are a lot of other factors BUT the market “remains” (see what I did there?) incredibly nervous over the vote. Perhaps the status quo fear mongering is actually working, just not on the right people.

Similar to the predictable no freeze deal at the OPEC meeting in Doha, BREMAIN is the most likely outcome, but the oil market still rallied because it was already headed in that direction regardless of a meaningless gesture. Although a BREXIT would certainly be a disaster for EU banks, I would argue that a BREMAIN would offer no real support to EU banks.

The banks are dying a slow but accelerating death at the hands of NIRP and over regulation not because half of British citizens don’t want to cede their sovereignty to a superstate. However, the risk off BREXIT trades are hurting their equity at a time when they can least afford it. Even if BREXIT turns into a BREMAIN will the banks be any better off? 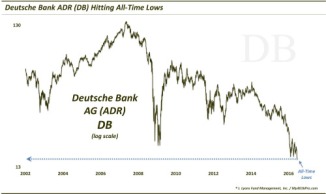 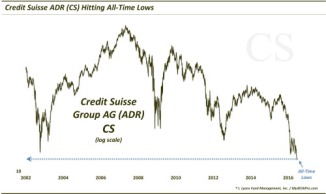 Now I don’t like to day trade but I do like to manage risk although it is certainly not my strong suit. I believe long duration US bonds and gold have had an amazing run these past few weeks on fears of a BREXIT and it seems quite justifiable in selling some of each here.

To be honest, I won’t sell more than 13% of each position. I don’t have the conviction in my abilities yet (especially in these increasingly volatile times) to buy back at the right price and would rather hold on and hedge with other risk on trades such as beaten down natural gas companies. I still believe this natural gas rally has some legs to it and perhaps this is a great time to add some more exposure.

One thought on “Brexit And The Fear Trade”