The shroud surrounding the European banking system is fading. It’s not pretty. No one ever said it was. A lone knight promised he would defend it to his last breath and no one dared challenge him.

For four years he remained unchallenged, but now the deflation dragon has come and it is not afraid. It wants a sacrifice, a fine Italian bank that has never defaulted – a bankruptcy virgin.

The lone knight, appears no match for the mighty dragon. He has slain countless dragon children but no adults. He will need help if he is to withstand. He must call on his Queen to send in the helicopters.

But the Queen refuses. The Dragon changes its mind. Now it wants all the Italian banks, pure or not.

The lone knight begs the prince to rally his personal guard and stand by him. So the prince gets his men, they dress in fire proof suits made from the silver-black hair of the under belly of Swiss unicorns.

In the barracks they are set upon by the Queen. She won’t let them rally to the lone knight’s side. He must earn his name. He who has lived by his sword must now die by it.

There was never any question. If confronted the lone knight knew he would fail, but he believed he had to try. Someone had to do something he thought.

He now trembles before certain death. Out of forks in the road of destiny, he walks the straight path to the dragon.

A whirlwind of smoke and fire buffet the lone knight. His shield melting, his lungs wheezing, his skin roasting, he presses on. On presses he, who must, because he has to.

He chants the words in his mind.

It powers him, driving him through each excruciating step towards oblivion. He sees the edge but can’t turn back. Not now. Destiny holds him by the strings.

It’s an out of body experience for the lone knight. Constantly alone and living in his own mind he now sees himself from the outside for the first time.

The lone knight’s eyes betray him. He has no armor. There is no sword. Just a man in bright colored tights and matching jester’s hat. The lone knight is a fool.

He watches the fool cower underneath the mighty dragon, its head coiling ready to strike. The hint of a smile on the beast’s face chills the fool to his very soul.

The beast’s face explodes. 3 million rounds a second of depleted uranium .50 caliber shells rip the dragon to pieces. It’s over in seconds.

The smoke, and dust clear as the 27 EU issued helicopters land in a circle around the fallen dragon. The fool remains, shivering, his soul returned to him.

The Queen steps out of her helicopter, escorted by half a dozen real knights draped in gold embroidered white cloaks. 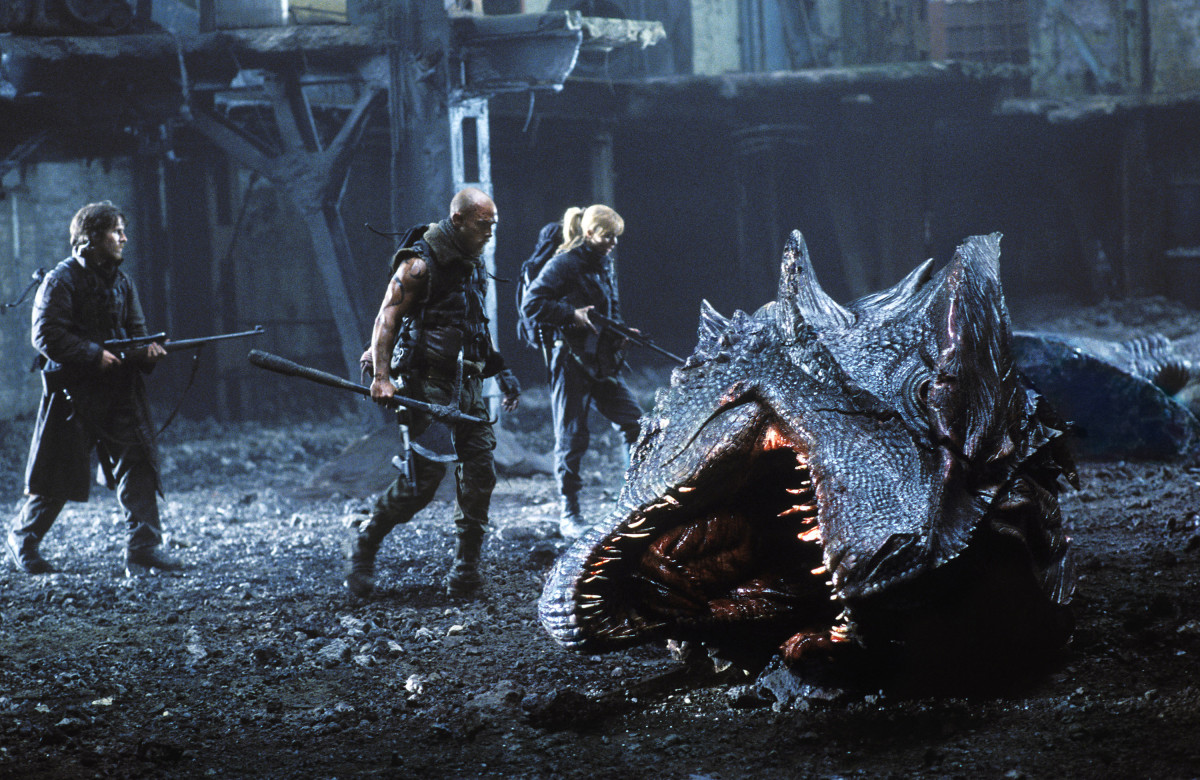 They surround him, their tall statures blocking out the sun. They part for the mighty Queen.

“Lift him,” she commands.

Much to the fool’s dismay, his injuries are not considered as the knights pull him off the ground. His raw skin tears under the grip of their cold gauntlets.

Now eye to eye with the Queen, she looks at him, hard and unflinching like she’s trying to read the fine print of a royal decree. After a moment, she smiles.

“You will share no part in this victory. It was I who saved the kingdom but at great cost. A door that cannot be closed has been opened. On the other side of that door, dark and powerful outcomes exist. Outcomes we cannot even hope to control, but must still overcome. There will come a time when you will pay for your foolishness, but not today. You will go back to pretending that you are a knight, but from now on, you will always know what you really are. A fool. A fool who thought he was a knight.”

And that is my best case scenario for the European banking system.

Italian banks cannot be allowed to fall. They are systemically important banks. Italian debt holders cannot be wiped out. There’s too much leverage in a fragile system and if the credit cycle swings down, it will swing down devastatingly hard.

If one Italian bank fails, then another will fail, and then another and then a German bank , and by the time Germany comes to the table every bank in Europe will be closed. That is why the best case scenario is for immediate action by the ECB at the permission of Germany and the rest of the EU.

If they act now, and bailout the banks, effectively wiping the bad debt off their balance and by the end, the amount of Euro’s required will number in the hundreds of billions if not trillions, but Europe may finally be able to grow again. Of course that last part is a ways away and we should worry about the more near term impacts of European bank bailout.

The first effect of a large systemic recapitalization of Europe’s fragile banking system would be a dramatic drop in the Euro. The inverse of a falling Euro is a rising dollar. A dollar that would put pressure on both the Yuan and China’s own fragile banking sector. The consequences of this chain reaction alone are horrifying.

But let’s not forget what risk assets would do (are doing right now) in a European bailout environment. Capital would flow into the dollar and US treasury yields would fall even further. Falling global rates push up gold, thus gold should head higher as well in the face of a rising dollar.

I’m not sure what US equities do in all of this. I’m short the S&P, which obviously hasn’t done well (new intraday highs as of this writing), but my mediocre instincts tell me a strong dollar and an uncertain investment environment will not be net positive for US equities that are near all time highs.

The fact that the S&P continues to make new highs led by defensive sectors and FANG is not bullish.This should be an obvious indicator that capital flight from incredibly fragile economies is flowing into the US. It is not a sign of faith in the US economy but a sign of fear and uncertainty in the rest of the world.