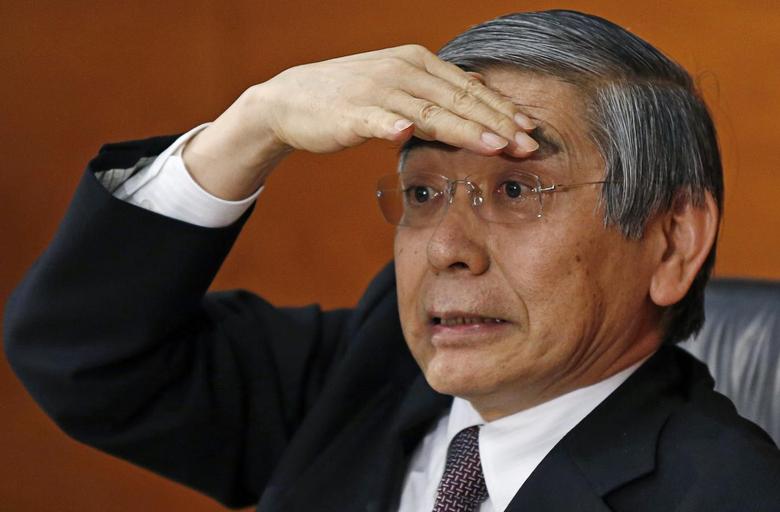 It’s taken a while, but let’s cut them some slack, they’re only PhD economists. If I lobotomized the portion of my brain responsible for independent and logical thinking I don’t know if I could ever understand negative rates.

But here we are. The BOJ is clearly panicking. Negative interest rates were an obvious mistake, but I want to stress how the BOJ views the mistake versus what the actual mistake is.

When the BOJ introduced negative rates, the currency appreciated rapidly AND the yield curve crashed through the floor. In essence, the BOJ managed to inadvertently add a tax to its banking sector WHILE reducing any chance at profits. If that’s not a policy error I don’t know what is.

So now, the BOJ is trying to undo the damage its done to its banking system. And yet, it still needs to weaken the currency. Fortunately for Central Bank watchers such as myself, there aren’t many ways this can be done.

Even if the BOJ gives the banks some money to paper over the losses due to negative interest rates, they still won’t have incentive to lend money with a flat yield curve and long term rates at sub 50bps for 30 years.

If banks don’t lend than the economy cannot grow, so it has been speculated the BOJ will try and manipulate the yield curve.

At a certain point you wonder why the BOJ bothers with appearances at all and doesn’t just fix the yield curve to whatever rates it “feels” appropriate.

For now, it looks like the BOJ is getting what it wants. Long term rates are steadily rising, although probably not enough to make a significant dent in Japanese bank lending.

That’s all well and great, but the BOJ is still monetizing more bonds than the Government of Japan can spit out. Outside of a massive “VaR shock” it’s unlikely that the BOJ can sustain its bond buying program and push long term rates up. Which means that if the BOJ doesn’t make good on its threat, this whole global bond sell off and everything that comes with it could reverse.

Which begs the question, how will the BOJ push rates higher? They’ve told the world that they want higher long term rates, but they haven’t told them how. It’s sort of like Trump and The Wall, we all know it won’t happen but go along with it anyways.

Unfortunately for the BOJ, they actually have to come up with a definitive plan of action in less than a week.

Strangely enough, there’s been actual talk of this plan including the BOJ tapering its JGB buying program. The idea being that if the BOJ stopped buying long term bonds, then new government issued supply would push yields up.

Without additional easing, that would be tantamount of tapering its QE. And that’s not going to happen, because if the BOJ has to keep expanding its balance sheet.

Just look at that chart. Incredible. At a certain point you think enough folks would lose faith in the Yen as a currency, but apparently we aren’t there… yet.

If the BOJ is going to purchase less long term bonds it will have to purchase something else in its place. This is where it gets tricky, because there just aren’t many deep liquid assets in Japan. The BOJ buys hundreds of billions of dollars worth of JGBs versus just billions of Equities. Sure the BOJ can buy some corporate credit, but once again, it won’t be enough to move the needle.

And here’s the kicker I think the BOJ knows this and will cut short term rates much deeper in a bid to weaken the Yen. The paradox being that a rate cut would further suppress long term yields and hurt banking profits.

So we may see a hybrid policy where the BOJ shifts a portion of purchases of long term JGBs by a few billion into an TLTRO program for the banks as well as corporate credit and top that off with another short term interest rate cut.

The “HOPE” (and I emphasize that word) that the combination of the moves will net out to a weaker Yen, higher long term rates, and profitable banks that have the incentive to lend.

I know what you’re thinking, why don’t they just balance a few plates on their head while their at it?

Now I’ve excluded the belief that the BOJ will turn its purchases assets to foreign liquid assets such as US treasuries or equities. I don’t think we are there yet. The BOJ has to completely tap out all domestic options before venturing abroad.

And you know what, so far, the BOJs talking has worked. The Yen hasn’t exactly been weakening, but that may be due to the fact that speculators haven’t been this bullish on the Yen since December 2011 which almost exactly timed the bottom in USDJPY.

It’s important to note that just 10 months later, Abe was elected and Abenomics was unleashed on the world. The Yen went on to lose 50% of its value over the next 3 years.

But given said speculation and the Yen’s refusal to go higher, it’s quite possible USDJPY is bottoming here at the 100 level which just so happens to be the 50% retracement of the 2012-2015 move. As demonstrated multiple times through out this post, I have my doubts, but it is best to remain open near such key inflection points.

The BOJ is playing with fire. After one policy error already this year, they appear to be on the verge to commit another. Cash remains the best asset class going forward.

One thought on “WTF Is Going On At The BOJ”