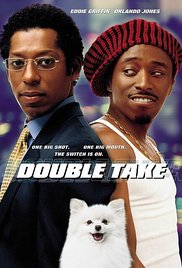 This article is the equivalent of an investor double take. Much like the main characters in Michael Lewis’ book The Big Short who thought Greg Lipmann was trying to scam them, I too was skeptical about the potential of lithium and its future demand, but after writing this article I hope to solidify my position and convince others of that potential which exists in the future of lithium.

I’d like to preface the rest of this article by stating my affinity for RealVisionTV. I watch, at the very least, two videos a day. Every major China video I’ve watched at least three times, I’m currently on round 4 of Simon Ogus’ two part China series (please bring him back!). I like to think I use the service more than any single person on earth. As a math, physics and engineering student who hasn’t taken an economics course since high school, the lessons learned from its catalog of diverse and insightful perspectives are immeasurable. So when I first started looking into the lithium story a little over a week ago and  began to realize the potential of this story,  a thought hit me – not one person on RealVision mentioned lithium. Not a single one.

Well isn’t that strange? Because when you look into the lithium story, it seems obvious, almost too obvious. You don’t even have to look that deep before the story begins to tell itself.

And if you are like me, you are kicking yourself for not having recognized this story sooner, but fret not, because to steal the title from my last post we may be late to the party, but it’s only just begun.

It wasn’t until Tesla announced it acquired over 250,000 pre-orders for its model 3 in the first 48 hours (which is on par with Apples first iPhone!) and Elon Musk announced Tesla would need to consume the entire world’s lithium ion battery production to accomplish its goals of 500,000 EVs per year by 2020, that people started to look into the lithium story (although my grandfather will tell you of the time he thought about cornering the market way back in the late 70’s).

But actually, the subplots have been in place for years, intertwining and building off one another. Lithium battery technology has been improving at a rapid pace. Electric vehicle popularity has been on the rise since (we can thank Tesla for that). China’s polluted cities, demand for innovation, and unlimited credit spree have created huge incentives to propel EV demand forward in the largest auto market on earth. Xi Jinping recently signed the Paris accord further cementing China’s commitment to green technology. Even central bankers are backing green technology! BoE Central Bank Governor Mark Carney has publicly discussed the importance of “Green Bonds”.  You may need to read this paragraph twice, because it is hard to believe the demand side is this good.

So in the face of rapidly rising demand, we have to ask ourselves, what’s supply doing? Well currently there are about four companies (outside of China) that produce the majority of the world’s lithium, and their ability to increase production is quite limited. Let’s not forget 1/3 of the world’s known lithium reserves are locked away in Bolivia a veritable black hole of resources. On top of that, because lithium’s price rise has been so rapid so fast, only recently have companies been able to acquire the necessary funding to develop projects which are still years away from production.

As shown in the chart above demand will most likely outstrip supply for years to come. The obvious beneficiaries of this will be current producers that either can expand production or whose prices are not fixed by contracts, as well as well funded development companies that can make it to market in the next few years.

As I said in the opening, the 2016 lithium story may be as obvious as short US housing in 2007 (although in hindsight shorting the banks was arguably the better trade), but perhaps it is more aligned with long US shale in 2010. Simply put, the economics of a previously KNOWN resource changed virtually over night and the rest is history. As a matter of fact at today’s lithium prices, it seems almost every major development project in Argentina and Chile is not only viable but insanely profitable.

The obvious result is increased production. A lot of it. I haven’t run the numbers yet on all the potential finds and what that added supply would do to the market yet, but there will be a huge surge eventually, which is another reason why I like to compare the current lithium rush to US shale. However unlike shale, the lag time between when a project is planned and when it produces are years apart. Which is why I believe there is AT THE VERY LEAST FOUR YEARS before supply catches up with demand. I expect it to be much longer than that especially considering demand for lithium is growing much faster than demand for crude did, +10% for lithium vs 1.5% (crude).

But it’s not just Argentina and Chile that are experiencing a “white gasoline” rush, the US which which has a history of resource rushes dating back to the country’s birth has made sure that lithium is no different. There are at least a dozen exploration companies some of which started off prospecting for gold and silver have now pivoted to lithium.  Nevada is now in the midst of a 1849 style gold rush. Perhaps if Las Vegas ever gets a NFL team it will be named the 16er’s, or the Tesla’s or even better the Musks. I’ll let you picture the last one’s mascot.

The point is, speculation is exploding, and some companies in Nevada such as Pure Energy Metals have already made finds around the existing Silver Peak project as well signed deals with Tesla for future production/sales agreement. Personally, from the initial estimates, the find may not be up to snuff, or at least the initial economic estimates even at today’s prices will get revised down considerably. But that’s besides the point. Companies are finding lithium in the ground right now. Pure Energy Metals may have been the first but they certainly won’t be the last.

The lithium rush isn’t confined to these three locations, I’ve found interesting projects in Mexico and western Australia, and there will continue to be more as the price of lithium remains way above cost of production even for the more expensive and inefficient producers. This will be a race to market, and whoever gets their first will most likely be a winner (at least in the short term).

Now I’ve spent this whole post talking up the greatness that is the lithium story, but before I end, I’d like to discuss a few of the bear cases for lithium. I think the first and most obvious which is the double barreled shot gun held by an ailing grandmother with Parkinson’s that stares all macro investors in the face when they wake up every morning is a Chinese hard landing. If that happens, being long lithium will be the least of your worries, and even then the world will re-calibrate and we will most likely continue move towards a green tech world. I’d hope by this point you have a trade for that scenario.

Moving on, for me, the biggest fear is the jurisdictions with the best resources, Chile and Argentina. Now I want to believe Argentina is going to behave over the next 4-5 years (my time horizon). They just had a triple oversubscribed bond offering which means the investment community has faith (or they really are just that yield starved). The new government seems on the surface quite competent and has worked hard to shed itself of the Kirchner regime’s stench. Many of the export taxes have been removed making lithium mining even more profitable. But perhaps once the government sees how wildly profitable these companies are, it may swoop in and take a bigger cut, and a bigger cut, and a bigger cut.

After all, we are players in a game with rules that constantly change, and no where has that been more apparent than in the resource space. I believe the same may hold for Chile, a country that has for a while placed strict licensing on lithium extraction. Permits have been hard to get but I expect that to change as the potential revenues become apparent.

Lastly, and without a bit of irony, I find my investment strategy somewhat dependent on Elon Musk and Tesla’s ability to deliver on its promises. After years of watching a company that sold 1/20th the cars of GM rise to half its value, and wishing it would only go higher so I could short it I now find myself wishing its success. Make no mistakes, Tesla has set a very high bar for itself that I still do not believe it will be able to reach.

However, I do not see this as a binary outcome. The demand for the model 3 is undeniable. My own brother wants one (Tr8r!). I am confident in Tesla’s ability to sell a lot of cars but perhaps not as much as the 500,000 it projects. However, it’s important to note that Tesla already has roughly 4x as many pre-orders for its model 3 than its total production of cars to date. That is an impressive stat to say the least, and although they will probably not hit the 500,000 cars per year by 2020 mark, their impact on the demand for lithium and the EV market will be undeniable.

Now I haven’t lived long enough on this earth to have the wisdom and experience that is needed to truly excel in this business but right now it feels like the wheels of fate have aligned for this brief moment of time to tell us something, except this time it appears to be screaming “LITHIUM!”

DISCLAIMER: This blog is the diary of a twenty something millennial who has never stepped foot inside a wall street bank. He has not taken an economic or business course since high school (which he is immensely proud of) and has been long gold since 2012 (which he is not so proud of). In short his opinions and experiences make him uniquely unqualified to give advice. This blog post is NOT advice to buy or sell securities. He may have positions in the aforementioned trades/securities. He may change his opinion the instant the post is published. In short, this blog post is pure fiction based loosely in the reality of the ever shifting narrative of the markets. These posts are meant for enjoyment and self reflection and nothing else. So ENJOY and REFLECT!