It seems like so much has happened since the beginning of the year, where everyone in the world including the guys on CNBC were worried about China, falling oil prices, a surging dollar, widening US credit spreads, a slowing US economy, and global equities which were crashing like it was 2008.

Central bankers watched the event like bystanders observing a car crash in slow motion. The BOJ tried to step in with NIRP and was immediately slaughtered. Eventually the Fed, the only central bank with a reasonable amount of credibility left, stepped in and through forward guidance, they forced the dollar down.

And just like that, the storm cleared. The clouds parted. The fear that gripped the world vanished in an instant. Much like surviving a near death experience floods the brain with endorphins, the global economy has been riding a similar chemical induced high. 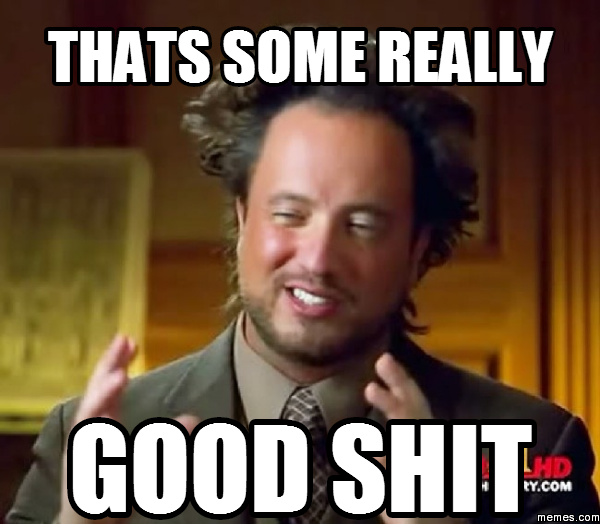 Energy prices were at decade low levels. The dollar fell from a multi decade high. China launched its largest stimulus program since 2009. Emerging Markets were rebounding off very low and beaten bases. Add all these things together and it’s not hard to explain the subsequent and historic rally.

With over 600 rate cuts world wide since 2008, negative interest rates bogging down Europe, and sub 2% on the US 10 yr, inflation just might be the most mispriced indicator in markets today.

Funds are flowing out of the US stock market and flowing into the bond market, and yet rates won’t go lower and the stock market won’t fall. This is incredibly vexing and not just to me.

Druckenmiller, Gundlach, Icahn, the line of financial titans commanding the stock market to go down is almost as long as the market is tall. And I don’t disagree with them. I think this stock market should fall, especially given the state of the economy. I also think bond yields should fall but these are longer term objectives.

In the short term, inflation has rebounded from a very low base. Lumber, Corn, Sugar, Oil, Gold, Silver, Soy Beans, Lean Hogs, Coffee the list of commodities that have bottomed in the last 12 months is quite long.

The world is dealing with a very powerful and potentially destabilizing inflationary pulse. Western bond markets are not accounting for any sign of inflation whatsoever. This is why the Fed feels compelled to act, even if it means risking a stronger dollar.

In the US inflationary pressures are rising. The bottom in commodity prices in early Q1, higher rents, and rising medical costs will only add more stress on a very strained US consumer. To make matters worse, corporate profits have been in decline and in order to prevent them from falling even further corporations can either reduce costs, ie. fire workers, or raise prices.

Job gains have been slowing, and I expect this trend to continue if not accelerate as we reach the end of the year. Retail sales should also deteriorate as inflation accelerates and consumers have less money to spend, or at the very least we should see an acceleration of credit card debt.

Despite all this, I still believe in the short term (2-5 months) the US stock market could actually head higher, and break to new all time highs as the dollar strengthens and external shocks remain hidden from view. But of course a lot of this depends on the inflationary pressures, investor psychology and the dollar which all of course take their queues from the Fed.

So before the Fed decides whether or not to hike interest rates here are some things to consider.

Will the impact of this rate hike be the same as the previous one? Or will it be more like the Fed’s tapering of its QE program where the first was the hardest but each subsequent reduction went practically unnoticed.

My thoughts on this are somewhat mixed. China’s Q1 stimulus wore off quite quickly. Most of the credit did not find its way into the real economy. This indicates that stimulus in China is no longer effective. That doesn’t mean they won’t turn on the taps again, but it does imply that China is not ready for tighter monetary conditions.

Structural reforms are slowly being implemented and China needs a smooth runway to continue down this path. A Fed rate hike COULD be the equivalent of a crashed jumbo jet burning on the center of the runway. In this case, China would be forced to unleash another massive stimulus package to clear the burning wreckage.

Now a counter argument, is that the PBOC has been successful in devaluing the Yuan to 5 year lows.

The slow and steady devaluation of the Yuan has gone unnoticed by global markets so far.

This has occurred on the back of rising stock markets and a strengthening US dollar. Unless there is an outside shock, I think both the dollar and US equities are going to be headed higher as a result.

It should be important to note that a stronger dollar AND a weaker Yuan translate into deflationary forces. The Dow Jones Commodity Index his a multi decade low to start the year.

There are a few ways to look at this. If you think that central banks have delayed an inevitable deleveraging then this can effectively be seen as a lower low in a deflationary cycle that has not yet finished. Thus sometime after this significant bounce, commodities will eventually head even lower.

The alternative is that commodity prices have indeed bottomed, and we should expect prices to continue to rise going forward. It seems less likely that this will occur now because the Fed will be forced to hike interest rates to combat the inflationary pressures that result from this bottom in commodity prices.

At the very least the short end of the treasury curve should get annihilated over the next few months as inflation rises and the Fed promises further rate hikes. I expect the long end of the curve to sell off a little bit as well, although rate hikes actually bring down long term inflation and will flatten the yield curve into a pancake run over by a steam roller.

I’m going to stop it here for now. My articles are getting longer than expected. I will try and make further posts more frequent and succinct, but as I’m am headed to Iceland for the entire month of June, like the Fed I will be forced to delay any short term adjustments.

IF there’s anything to take away from this post it is that the Fed is walking on an increasingly narrow tight rope. It will be incredibly difficult to placate both China and inflation. The former is not ready for tighter monetary conditions and the latter has not been priced into any developed bond market around the world. A stronger dollar combined with rising inflationary pressures could provide a temporary boom for the US stock market but not the US economy which I expect to be on its last legs. But remember, the higher we go, the risks to the downside will only increase.