I think coffee may be poised for an absolute major break out. I don’t have a lot to support my thesis except for a few charts courtesy of the wonderful chartist Peter Brandt and the belief that China will transition more towards coffee in the coming years. 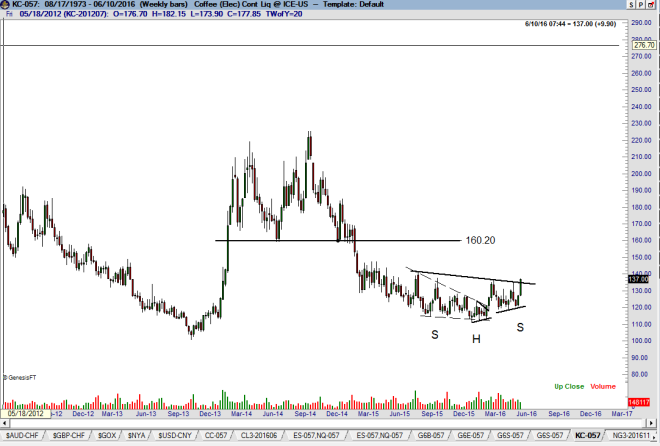 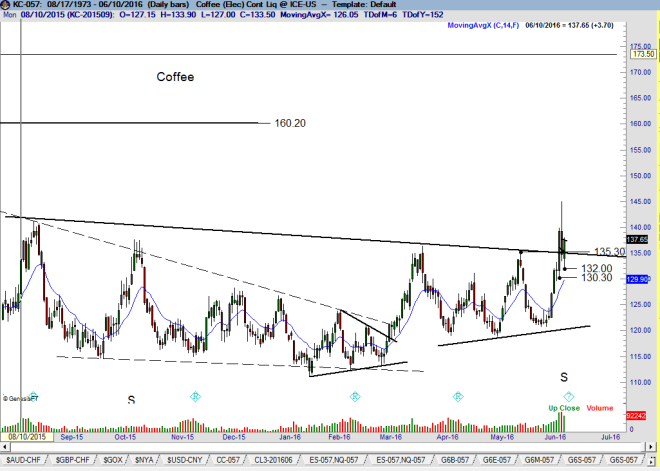 Long term and medium term technicals point to a bottom.

Combined with the fact that the Chinese are buying more food as their wealth has risen. We’ve seen prices for lean hogs and soybeans go through the roof this year.

And now there’s a chance that China as it shifts more to the west, will start consuming coffee.

Gao, 29, worked for six years in coffee shops and restaurants in Shanghai before returning home to capitalize on Jining’s rising affluence. He’ll need some bank finance to help him launch Mr C this year, but says he’s confident that won’t be a problem.

“People’s incomes are rising here, and they can afford better coffee,” Gao said, lounging on a Starbucks sofa. “The coffee culture is taking off.”

China’s push to build out its service sector could result in increased coffee consumption. Combined with the technical patterns, this could signal the beginning of a massive bull market in coffee.

This connection may be as thin as Murtagh’s wife’s cooking but I think there’s something here.